Why would Dr. A. Gary Shilling want to meet Saint Paul? 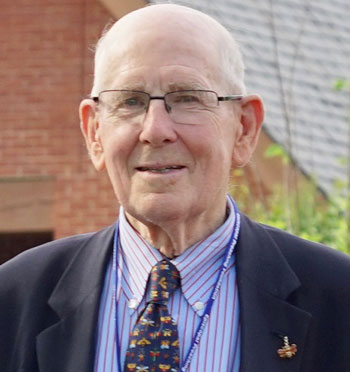 In the unlikely event that I ever get to Heaven, the one person I want to meet is St. Paul. He started off as a devout Jew and persecutor of Christians, but in a blinding flash on the road to Damascus, Saul was famously converted to Paul, the zealot for Christianity.

He was clearly an intellectual giant and developed the basic Christian concept that no one can be good enough to make it with God on his own, regardless of how hard he tries. Nevertheless, through the grace of Christ, God accepts us as we are, warts and all. All we have to do is accept his acceptance—and then go on to show our appreciation with good deeds.

In the Book of Acts, however, we see not the theologian, but a different side of Paul—the man of action, vigorously promoting Christianity. Given the communications of the day, Paul did everything that the best Stanford or Harvard Business School major in marketing would do to launch a new concept in a receptive yet, at the same time, a hostile world.

As a great marketer, he realized the importance of field work, visiting fledgling churches in Antioch, Cyprus and elsewhere and founding myriad others. And, like any super salesman, he knew that the sale probably would not be completed on the first call. In all, he made three trips around the Mediterranean, visiting some churches several times.

Paul’s Epistles read much like business memos today. Consider his letter to the Romans.

(From: A man of authority) “Paul, a servant of Jesus Christ, called to be an apostle, set apart for the Gospel of God.” (To) “To all God’s beloved in Rome, who are called to be saints.” (Greeting) “Grace to you and peace from our Father and the Lord Jesus Christ.” (Content; starts with praise) “First, I thank my God through Jesus Christ for all of you that your faith is proclaimed in all the world.” (Announces a future visit) “I mention you always in my prayers, asking that somehow by God’s will I at last succeed in coming to you, For I long to see you…”

Like any top business school grad today, Paul knew the value of time. He avoided the province of Asia as unfruitful territory after the Holy Spirit advised him, and when he and Barnabas met fierce opposition from the Jews in Antioch of Picidia, they “shook the dust off their feet against them and went on” to the next town. But where the market was receptive, Paul hung around. He stayed a yearand-a-half in Corinth and two years in Ephesus.

Any good MBA marketer knows that staying in touch with headquarters is absolutely essential. He had no phone or emails so after each road trip, he checked in with Peter, James and the other leaders in Jerusalem and gave a complete report on his missionary journey.

Paul also had an instinct for the really big market, the Gentiles, but he needed to convince senior management that that was where the future lay. The early church had a great debate over whether Christianity was just for Jews or for all, but Paul persuaded the Jerusalem leaders that God approved the Gentiles by giving them the Holy Spirit. After that, the leaders sent out a letter that said Gentiles were welcome as long as they refrained from immortality and observed a relatively few eating rules—no strangled animals or food offered to idols.

Despite his zeal for Christianity, Paul, like any good manager, was no pushover. He fired John Mark because he had abandoned their earlier trip, and parted company with Barnabas after they quarreled over this disloyalty.

And he didn’t hesitate to pull rank. After being improperly beaten and jailed, Paul and Silas were sent a message by embarrassed Roman officials asking them to leave town quietly. They replied that since they were Roman citizens, they wanted a face-to-face public apology from those same officials—and they got it.
As a super salesman, Paul knew the importance of cold calls. He’d visit the local synagogue to meet Jews and then troll the marketplace to convert Gentiles. He also adapted to the territory and tailored his message to his prospects. To the Jews, he described Jesus and the Messiah foretold in the Old Testament, but to the Gentiles, Jesus was the son of the God of all creation.

As a high-energy marketer, Paul used any opportunity to make a sale. He baptized the jailor and his family at Phillippi at midnight after an earthquake opened the prison doors and broke the chains holding Paul and the other prisoners.

Finally, he knew the modern business practice of delegating. He designated local leaders to carry on the work he started in various cities. At the end of his third trip, with an emotional speech, he turned over the reins in Ephesus to the local elders.

Paul’s status as a founder of Christianity is irrefutable, but so too were his business management skills.