The Many Preaching Languages in The Episcopal Church

It is an exciting fact that the big tent of the Episcopal Church in the USA embraces many congregations in which English is far from the first language. In some, services are conducted entirely in the language of the community; others conduct the service in English.

As the Episcopal Preaching Foundation extends our program reach, the breadth of offerings is expanding to reflect this linguistic diversity…one step at a time. The recent bi-lingual preaching conference delivered at the request of the Diocese of Southeast Florida was the first dip of the EPF’s toe into this water. This very diverse diocese comprises several different language communities of which the most dominant are Spanish, Haitian, Cuban, and Chinese.

Addressing the largest second language community in the diocese, the faculty team, in partnership with diocesan leadership, opted to deliver the Zoom-based conference in a combination of Spanish and English; one plenary address and one sermon would be delivered in Spanish and the remainder in English. A translator provided by the diocese paved the way for language-optional participation by the diocesan clergy.

The logistical challenge was minimized with the help of EPF technical partner Bexley Seabury, which provided technical support, tapping into Zoom’s recently added capability to deliver a multi-lingual format. Conference participants simply had to click a button at the bottom of their screens to opt for Spanish or English. The Foundation will adopt a similar arrangement for future events where language is a consideration, beginning with the three-day conference being finalized with the Diocese of Washington, DC, which has a significant Spanish-speaking community. Further down the road, an all-Spanish preaching conference is in the works for Spanish-speaking deacons in October 2022, which will reach clergy as far away as the Caribbean and Latin America. Bishop Morales of Puerto Rico will be the keynote speaker.

the breadth of offerings is expanding to reflect this linguistic diversity … one step at a time.

Of course, when it comes to preaching, language translation only addresses part of the challenge of communicating effectively across cultural lines. Because every culture has its norms for sermon structure and style, nothing can touch a sermon preached by a native speaker of the “Home” community. Just as Spanish preaching leans more heavily on personal stories and anecdotes, Korean, Haitian, and Mandarin congregations will connect more to a sermon delivered by a native speaker.

This reinforces another growing trend in our Church: the empowerment of lay preachers licensed by their diocese to deliver the sermon. For example, one practice in Spanish-speaking congregations led by non-Spanish clergy and where services are conducted in Spanish, is for the priest to conduct the liturgy reading from the BCP—as well as they are able—and a lay preacher to deliver the sermon. This enables a clergy-administered Eucharist combined with a sermon delivered in a voice that the congregation will hear fully.

Peter Wild is the Executive Director of the Episcopal Preaching Foundation. 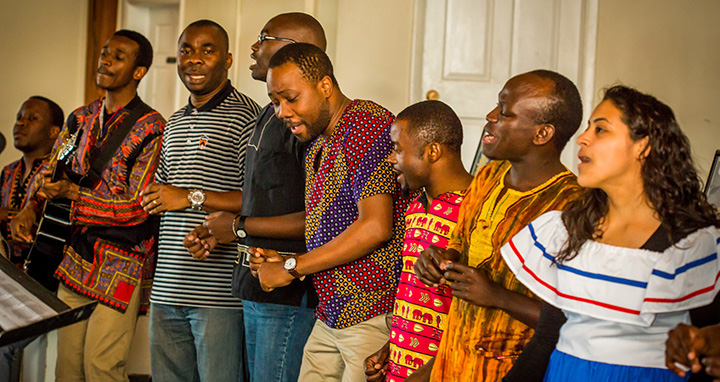