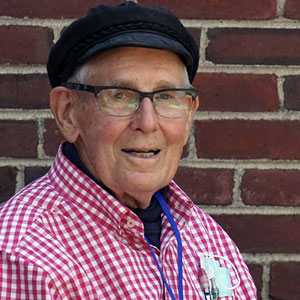 A. Gary Shilling (Founder & Chairman of EPF) is an expert in his field as an economic consultant and columnist for Forbes Magazine, Bloomberg View, and other publications.

Shilling has written eight best-selling books on economic developments and investment strategy. He holds a BA Phi Beta Kappa in physics from Amherst College and a master’s degree and Ph.D. in Economics from Stanford University. He is the president of A. Gary Shilling & Co, Inc., economic consultants.

A cradle Episcopalian, growing up in a small congregation in Ohio, Shilling’s faith and commitment to the mission of the Church are the seeds for his passion to inspire transformation through the craft and ministry of preaching in the Episcopal Church and beyond.

The 35 years of mission of the Episcopal Preaching Foundation has given hundreds, if not thousands of preachers, formation experiences that have enabled the gospel to be preached and hearts to be transformed.

Shilling’s commitment to this ministry in the Episcopal Church has been recognized by many, including the awarding of honorary degrees from Church Divinity School of the Pacific, Berkeley at Yale, Sewanee, and the General Theological Seminary. 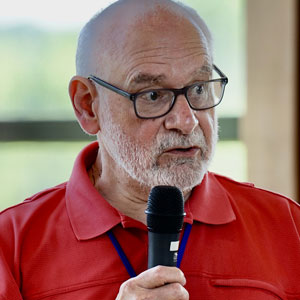 Charles A. Cesaretti (President) is a native of New Jersey and a Rutgers University graduate. He attended the Episcopal Church’s seminary in Philadelphia and completed post-graduate studies at Princeton Theological Seminary, earning a master’s degree in theology. As assistant to the Presiding Bishop of the Episcopal Church, his posting included being the envoy to oversee the international church and governmental relations of the Episcopal Church in Central America, East and South Africa, the Middle East, and Northern Ireland.

In 1990, Cesaretti became the assistant to the Rector of Trinity Church, Wall Street, where he was engaged in the research and development of parish outreach and mission. 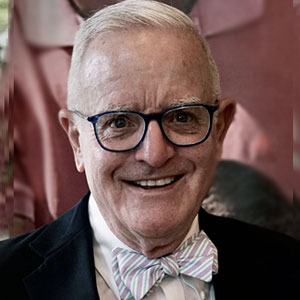 Carl T. Anderson (Secretary) is a retired partner of Paul Hastings LLP, a leading international law firm and secretary of the board of the Preaching Foundation. From October 2012 until June 2014, he was the chief operations officer of The Episcopal School of Los Angeles, a co-educational day school serving students in grades six through twelve. He is a life trustee and chair emeritus of the Board of Trustees of Berkeley Divinity School at Yale University, New Haven, Connecticut.

Anderson received his B.A. from Stanford University and his JD from the University of Michigan. He lives in Los Angeles, where he is an active member of All Saints Parish, Beverly Hills. 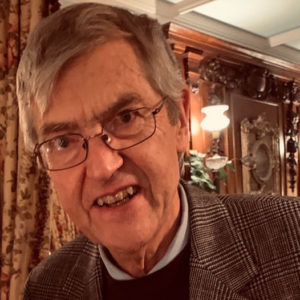 He was on the vestry of Christ Church in Short Hills, the Planning Board of Millburn (Chairman), the Board of Governors of the Short Hills Club, and the board of the Township Beautiﬁcation League. He also was a member of two business boards: Alderwood Group and The Asia Mezzanine Infrastructure Fund.

He lives in Short Hills, New Jersey, is the father of three sons, and has six grandchildren. 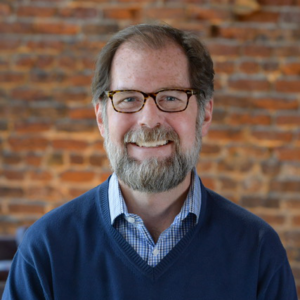 Patrick Getlein brings 30 years of experience in nonprofit communications and leadership to EPF. Most recently he served as senior vice president of The Commonwealth Institute for Fiscal Analysis, an antiracist public policy research and advocacy organization in Richmond, Va. From 1993-2000 and from 2002-2008, he served in a variety of roles for the Diocese of Virginia, including director of communications, secretary of the diocese, and chief of staff. Getlein has also been an agency copywriter, restaurant critic, and wine columnist. He is a memorial trustee of the Virginia Diocesan Center at Roslyn and has served on the boards of several nonprofits. A native of southern Connecticut, Getlein graduated from Hampden-Sydney College in Virginia with a B.A. in English. He and his wife, Ally, reside in Glen Allen, Virginia, and are members of St. Andrew’s, Oregon Hill in the city. 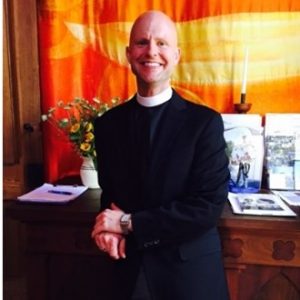 Nathan Kirkpatrick is one of the principal consultants of Saison Consulting, LLC. As an Episcopal priest, he served as the managing director of Alban at Duke Divinity School from 2014-2021 and as the managing director of Leadership Education at Duke Divinity from 2007-2021. Part of what he loved about these roles is that they allowed him to work with hundreds of congregations and congregational leaders, from those serving on Main Street in rural Oregon to those serving on Fifth Avenue in New York City. He also was able to facilitate strategic visioning processes for dozens of organizations.

Kirkpatrick teaches regularly in the Executive Certificate in Religious Fundraising offered through the Lilly Endowment-supported Lake Institute on Faith & Giving, which keeps him engaged in questions about fundraising and sustainability. He has also served as faculty for the Episcopal Preaching Foundation. He teaches and train congregational, denominational, and institutional leaders in the United States and globally on issues of change and change management, conflict and communication, innovation and sustainability, and vocation and leadership. 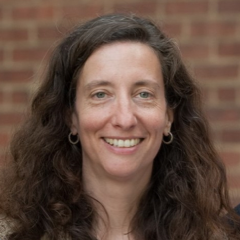 Katie Ong has worked as a consultant for project management, strategic planning, governance, and organizational systems for 25 years. She started her career as a project manager for employment and training and infrastructure initiatives with non-profit organizations. Her last major project was with the Episcopal Diocese of Ohio, creating Bellwether Farm Camp, Retreat, and Education Center. Born in Akron and raised in Hudson, Ohio, she is a lifelong member of the Episcopal Church.

With a longstanding passion for environmental issues, Ong has incorporated environmental design and sustainability practices in many of her projects. While serving on the diocesan staff in Ohio, she became an antiracism trainer. She has also been an active volunteer for a number of organizations and served in various capacities, including as trustee, board member, committee chair, and project manager.

After residing in the Cleveland, Ohio area for many years, Ong now lives in southwestern Pennsylvania on her family’s farm. She has an adult son. 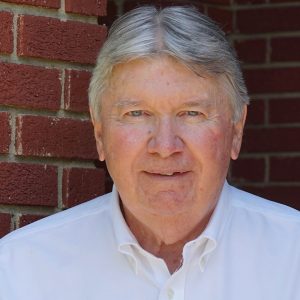 Roger W. Parkhurst holds a B.S. in chemical engineering from Purdue University, a J.D. from The George Washington University School of Law, and is certified in Mediating Disputes by the Harvard Law School, Program on Negotiations. He has practiced intellectual property law, that is, patent, trade secret, trademark, and trade dress law, for 50 years. He has litigated disputes in many federal and state courts and agencies and often lectured on such topics. He has been president and treasurer of both the 16,000-member American Intellectual Property Law Association and the Phi Gamma Delta Educational Foundation.

While he grew up in a mutlidenominational Christian church, he has been an Episcopalian for more than 40 years. His longstanding interest in good preaching and public speaking commenced as early as his high school days, became more focused in a college speech class, and has continued to grow throughout his career. 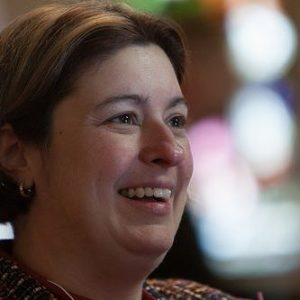 Carly Rowe has worked as a lay person in the Episcopal Church for more than 20 years. She holds a bachelor’s degree in English and communication arts from Thiel College and a master of arts in religious education from Gannon University. Rowe has served both the diocese and the Episcopal Church on a national level in various capacities. Since 2010, she has been on the staff of St. Mark’s Episcopal Church in Erie, Pennsylvania. St. Mark’s was part of an experimental diocesan redevelopment project taking the congregation from less than 40 people on a Sunday morning to almost 200, primarily being led by lay staff. Now part of a creative new initiative known as Erie Episcopal, she serves as the executive director for operations. Rowe oversees all communication, community engagement and is an essential part of the strategic planning Prior to her work at St. Mark’s and Erie Episcopal, she served at the Cathedral of St. Paul in Erie.

Rowe resides in Erie with her husband, Sean, and their daughter, Lauren. 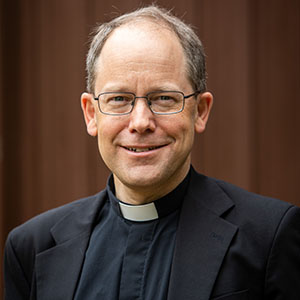 James F. Turrell, Ph.D. was named the 15th dean of the School of Theology in July 2020.
Turrell received B.A. and M.Div. degrees at Yale University and was ordained a priest in 1996, serving parishes in Indiana and Tennessee. He earned a Ph.D. in history at Vanderbilt University, focusing on religion in early modern Britain. He joined the faculty of the School of Theology in 2002, serving as professor of liturgy and associate dean for academic affairs, and he holds the Norma and Olan Mills Professorship in Divinity. Turrell’s publications include Celebrating the Rites of Initiation; articles in Studia Liturgica, Anglican Theological Review, The Seventeenth Century, and Anglican and Episcopal History; and chapters in numerous edited volumes. He has served on the Episcopal Church’s Standing Commission on Liturgy and Music and the House of Bishops’ Theology Committee. He is a canon of the Episcopal Diocese of Bethlehem. 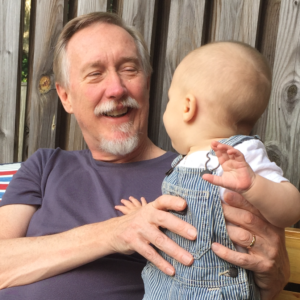 John Van Der Tuin is a practicing grandpa and attorney with the New York office of Smith Gambrell & Russell, LLP. He is a transplanted Midwesterner, growing up in St. Louis, Missouri, and Springfield, Illinois. He received his B.A. from Carleton College in Minnesota and J.D. from New York University. His law practice has focused on real estate litigation and counseling residential and commercial condominium and cooperative organizations. He has been a member of St. Marks Church In-the-Bowery, Grace Church Brookyn Heights and Christ Church Short Hills, where he has served on the vestry and various committees. He presently lives in Short Hills, New Jersey, and Sharon, Connecticut, with his wife, Claire. 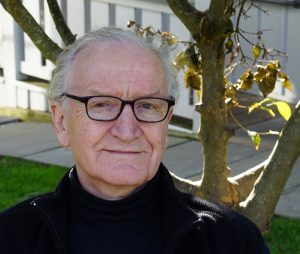 Peter Wild is the Executive Director of the Episcopal Preaching Foundation with a previous career as a consumer packaged goods marketing and advertising professional.

In 2000, Wild joined Trinity Church Wall Street to lead the newly launched national magazine Spirituality & Health which grew to an award winning, advertiser-supported, bi-monthly thought leader in the field. Through growth, leadership changes, and the 2008 recession, Peter counts the survival of the magazine under the present owners as one of his successes.

A native of the United Kingdom, Wild now lives in Connecticut with his wife, Kay. While humbly learning the ropes as a new grandfather, his spare time activities include writing his memorable moments as an offshore sailor, marathoner, therapy-dog owner, and beekeeper. 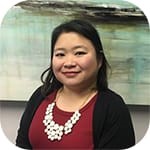 Meg Ruffing is the executive assistant for the Episcopal Preaching Foundation. For over five years, she was an administrative assistant to a marketing firm and a mortgage firm where her strength in organization and creativity grew throughout the years. She is likely the first person you hear from when you are in communication with the Preaching Foundation. She enjoys meeting new people every day and helping others deliver the word of the Lord. She has been known as the “know it all” girl, but if she doesn’t have an answer, she will work hard on finding it!

Ruffing lives in New Jersey with her husband, Mike, and her three rescued cat children, Amber, Otto, and Bruce, and is currently fostering kittens. In her spare time, she enjoys crafts like crochet and knitting and her goal is to visit every Disney Park in the world. Right now, she has Tokyo and Florida crossed off the list. 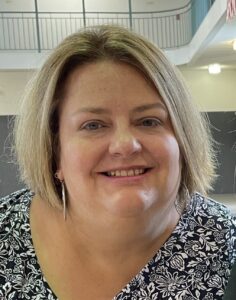 Richelle Thompson is the part-time communications manager for the Preaching Foundation. For more than 20 years, she has served in the Episcopal Church, committed to sharing stories of faith, discipleship, and innovation. She began her career as a secular journalist; her final role at The Cincinnati Enquirer was the religion and social justice issue beat. She then served as director of communications for the Diocese of Southern Ohio for a decade. Since 2012, Thompson has been managing editor of Forward Movement, where she spearheads content development and production, including Forward Day by Day, books, curriculum, and special projects like the Good Book Club and #AdventWord. She lives with her husband, an Episcopal priest, and their son, a high school senior, in a slice of God’s country Northern Kentucky where the deer feast on the acorns (and some of her flowers), the children walk to school, and the neighbors still wave. Their daughter is a college student, youth minister, and horse trainer in Austin, Texas.